In 2018 two recordings were released that included works by Gena Branscombe.  Orchestral music of American composers from the late 19th century and early 20th century represents one of the CDs.  The second recording features the piano music of 13 American women composers.

American Romantics III garnered the Lansdowne Symphony Orchestra, conducted by Reuben Blundell, the Ernst Bacon Memorial Award for the Performance of American Music.  Recording the music of David Stanley Smith, Carol Busch, Edward MacDowell, Charles Wakefield Cadman, Cecil Burleigh, Ludwig Bonvin and Gena Branscombe – not all the composers are familiar names to everyone, the music is beautiful and a tribute to  the wide range of American music.  Congratulations. 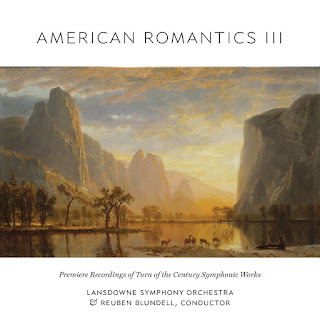 Gena’s piece on this CD, “A Memory” was originally composed for violin and piano.  As a gift to the founder, Edwin Fleisher, of the Philadelphia Symphony club, composer William Happich arranged the work for harp and strings in 1922.  The arrangement is now held in the Free Library of Philadelphia.

On the Centaur Label, pianist Joanna Goldstein released her Nasty Women CD.  Along with Miss Branscombe’s “The Squirrel Party,” this recording includes works by Gena’s friends and colleagues Florence Price, Mary Howe, Harriet Ware, Amy Beach, Ethel Hier, Mana-Zucca and others.  Listening to each of these women composer’s distinctive piano works and musical styles is an aural and emotional treat. 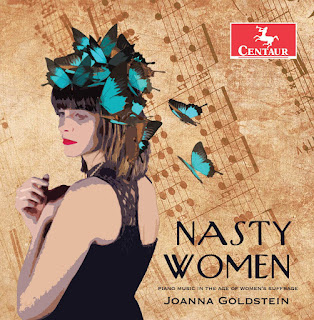 Gena Branscombe’s home country has never forgotten her.  Over many years Canadian musical artists have recorded her songs, violin and piano works.  Elaine Keillor, piano, has been a champion of Miss Branscombe’s music recording her “Valse Caprice” on her CD By a Canadian Lady – Piano Music 1841-1997.  With violinist Ralitsa Tcholakova, the two recorded Gena’s “Sonata in A minor” on their Remembered Voices CD. 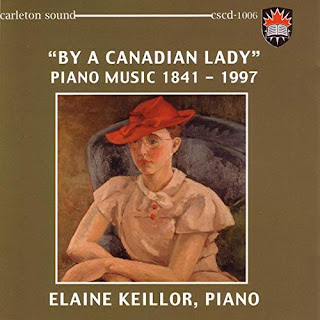 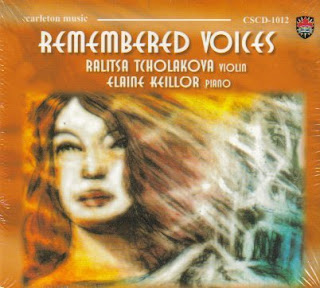 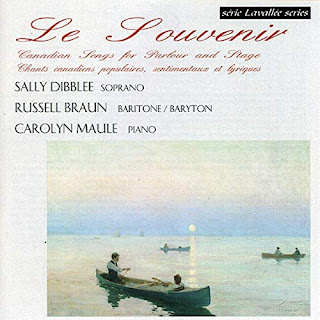 Le Souvenir – Canadian Songs for Parlour and Stage features baritone Russell Braun singing Gena’s song “Serenade.”  The same song was included on the CD, When You and I were Young Maggie – 19th Century Canadian Salon Music.  There is a slight twist to this CD as Gena’s song was performed on flugel horn and piano. 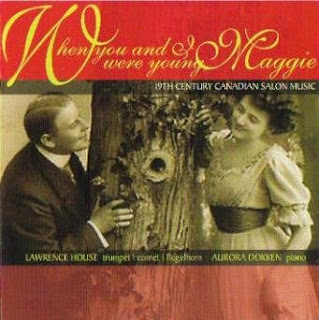 Then, there is my CD, Ah! Love I Shall Find Thee: Songs of Gena Branscombe.  Songs and piano works by the composer. 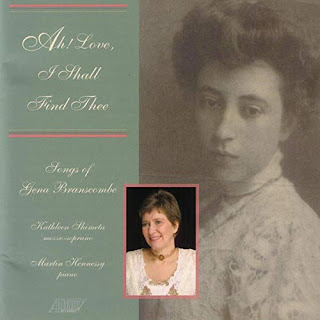 Among the CDs, the individual’s work, dedication, effort and musical abilities gives voice to American and Canadian composers.  The composers are not as famous as the three male B’s.  The recording artists have given their listeners music from the past that warrants being heard.  Open your ears and soul to lesser known composers and artists as they have much to offer the classical music world!

Posted by Kathleen Shimeta at 7:34 AM