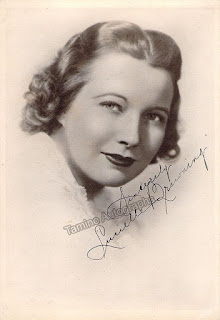 A number of my blog posts have been about discovering Miss Branscombe’s compositions either on E-bay or Amazon.  On occasion the works found are ones that I own yet I will buy them because they are autographed or inscribed to someone.  On other occasions a piece not in my collection appears for sale and obviously I purchase it.  This blog posting will be about these very reasons for a recent purchase of Gena’s music. 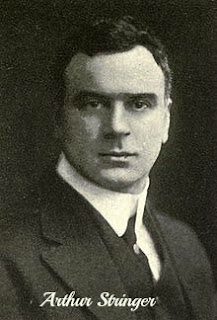 With friend and poet, Arthur Stringer, the two New York based Canadians collaborated on a patriotic hymn written for the Royal Canadian Navy.  “Our Canada, From Sea to Sea” (When Maples Leaves Turn Red) was published as a solo song and four part choral arrangement in 1939 by Toronto based Gordon V. Thompson, Limited. 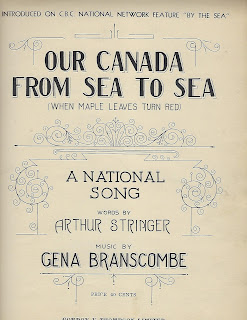 Yes, a copy of the song was for sale on E-bay which I purchased.  As the seller was about to send me the song, he found another of Gena’s pieces among his collection, “Hail Ye Tyme of Holiedayes.”  I own several copies of that song yet this one was inscribed and autographed.  I purchased it. 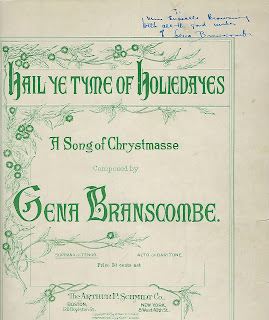 When the music arrived I began my research and what came next was an education as I had never heard of Lucielle Browning.  According to her obituary, she received a full scholarship to Juilliard School of Music in 1932 and went on to perform with Sigmund Romberg on the Swift Hour as well as working with Andre Kostelanetz, Paul Whiteman and Wilfred Pelletier.  Her opera debut was in Falstaff with Fritz Reiner conducting the production for the Philadelphia Opera Company.Offered a contract in her final year at Juilliard, Lucielle joined The Metropolitan Opera.  She became a principal mezzo-soprano with the company from 1936-1951 singing over 500 performances of which 75 were Suzuki in Madama Butterfly.  Life after her  years with the Metropolitan Opera included concerts and performing on television. 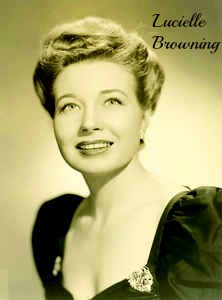 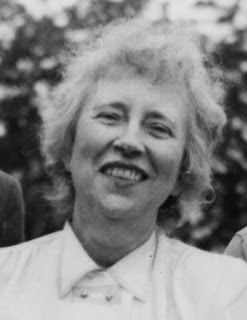 How did Miss Browning happen to have Gena Branscombe’s songs with the inscription to her?  Did she perform the two songs on her concerts?  I don’t have the answers to the questions.  Miss Branscombe was a constant self-promoter of her music.  Instructing her publishers to send copies of songs to singers, the publisher encouraged  performances of her songs.  At home Gena kept a small inventory of some of her published songs.  When meeting singers, their accompanists or their managers she would autograph and inscribe them, again in hopes of having a performance of her work.

Two songs added to my Branscombe sheet music collection and an introduction to mezzo-soprano Lucielle Browning.  One day I do hope to learn even more about Lucielle, her life and career.

Posted by Kathleen Shimeta at 11:14 AM