Norman Carlberg, Evan Pappas & Ellen Harvey…..all three directors of “Life! Love! Song! A Visit with Gena Branscombe.” A one-woman show ….how does one person get so lucky to have three wonderful directors? Life is not predictable or fair at times. 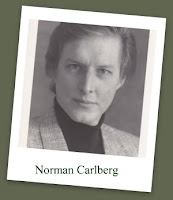 In my April 8, 2010, blog I wrote of my first director, Norman Carlberg, who gave wings to my show and saw me through to the opening night at the Liederkranz Club in April 2004. I am thankful to him for comprehending and supporting my mission to get Gena Branscombe’s life story out to the world. Norm died suddenly of a heart attack in July 2005.

At that time I was about to go back into rehearsals with Norm for upcoming performances. Evan Pappas, my co-author, and I had rewritten the script, made cuts and sharpened the show. I was excited to get back on my feet and perform this diamond of a show. Norm’s death meant I had no director and was in need of someone to help me put the show back together.

Without hesitation I called Evan and invited him to be my director. With a decisive, “Yes!” Evan and I took our partnership with the show to another level. I gave Evan the video tape of the first performance and from there he took control of Gena Branscombe on stage. He kept the outline of Norm Carlberg’s staging adding more comedic buttons as well as making the dramatic moments more poignant. In rehearsal we continued to rewrite the script, restage sections, and experiment with new ways of presenting the material we had written. The show began to sparkle in a way I had dreamed about yet did not know how to make possible. Our next performances had a new verve and the audiences loved it. 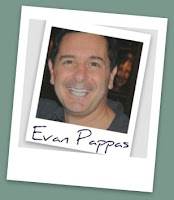 Several months passed and once again it was time to go back into rehearsal for future performances. Evan had been in a touring production of On Golden Pond when tragedy literally struck his life. Driving a vehicle that was broadsided, Evan was near death, spending two months recovering in the hospital. Devastating is the only word that comes to mind. This vibrant, multi-talented, loving and charming person nearly had his life taken and all we could do was hope and pray for his complete recovery.

His return from the tour was to have been the beginning of our rehearsal period. For a second time, I was without a director. As had happened during the entire inception of my Gena Project, someone was close at hand to help me. 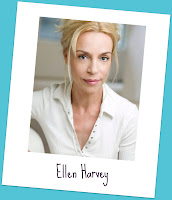 Friend and neighbor, Ellen Harvey agreed to step in and rehearse the show. What a blessing. Ellen is a veteran actor/singer having performed in the Music Man and Thou Shalt Not on Broadway and toured in Mama Mia, Disney’s High School Musical and Mary Poppins. She studied our script and Gena’s music, then made some suggestions for script clarity changes. We ran through the show and from there Ellen’s insights gave us crisper character thoughts and timing. Again this one-woman show took on new facets for performance. Thanks to Ellen our next performances of Life! Love! Song! were well received.

We are thankful that Evan fully recovered from his car accident and has returned to being my director. In the ensuing few years we have rehearsed, making small changes here and there, always looking for new ways to improve the show. A special heartfelt thank you to Evan for his belief in Life! Love! Song!, his brilliant knowledge of theatre and for being a co-author, director and friend.

As I write these blogs about people who helped me along the way, the words “thank you” recur frequently. It may seem trite, yet without people like Norm, Evan and Ellen, my Gena show would not be the gem it is today. They unselfishly gave of themselves believing in the beauty of Gena Branscombe’s life and music and my determination to present it to the world.

So, a one-woman show and my three directors …..lucky and blessed am I to have had these brilliant and talented people be part of my Gena Project. Mille grazie!

Posted by Kathleen Shimeta at 8:04 AM No comments: