Love in a Life

Wm. H. R. Drake, elegantly written on the top right hand corner of “Love in a Life” and “A Lute of Jade,” song cycles by Gena Branscombe. 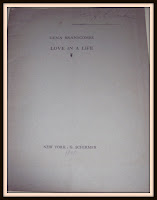 Published in 1907 by G. Schirmer of New York, “Love in a Life,” is six song settings selected from Elizabeth Barrett Browning’s “Sonnets From the Portuguese” poetry. This very song cycle drew me to Miss Branscombe’s songs for the third song in the collection is “How Do I Love Thee?” and the one I performed on a Valentine’s Day recital in Florida. Now I own the original published work.

Though I have no idea what year Mr. Wm H. R. Drake purchased the music, it cost him a total of $1.25. Softly stamped on the title page is Chandler-Ebel Music Company, 22 Livingston Street, Brooklyn, New York. 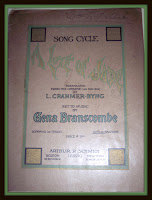 Owning my second original publication of the “A Lute of Jade,” I now have one for Soprano/Tenor and one for Alto/Bass. Soft green lettering on a brown cover held together with the maroon cord. Mr. Drake paid $1.00 for the song cycle.

I have no idea who Wm. H. R. Drake is, where he lived (possibly Brooklyn) or why he purchased these two song cycles, yet I am happy he did. We have no way of knowing the journey this music has taken in the past 100 years and how it came to be for sale by a person in Ohio. I am thankful to the people, who over the past century, took special care with this music.  They touched, held, played, sang and performed it with tenderness.  Now it is home with me. 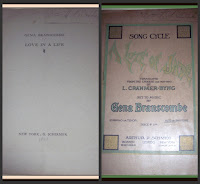 Posted by Kathleen Shimeta at 1:18 PM No comments:

A husband in the early 1900’s …..the social mores of the day seem to tell us that he would have been head of the family, the sole bread winner, what he said was the word of the household, and family life revolved around him at his beck and call. Household duties such as cleaning, meals, entertaining and the raising of children would have been his wife’s duties.

Imagine my surprise when I first met and interviewed Gena Tenney Phenix and her husband, Phillip, and asked Mr. Phenix what his father-in-law was like. His answer was straightforward, “My father–in-law was a saint.” Not quite expecting that answer, I hesitated before asking him to explain himself. Mr. Phenix proceeded to inform me that his father-in-law, John Ferguson Tenney, Gena Branscombe’s husband, was a man ahead of his time and one who fiercely believed his wife’s career was as important as his own. Gena and John’s marriage was one of equality.

So who was John Ferguson Tenney and how 100 years ago did he become an advocate for women’s equality, a hands-on father who took an active part in his four daughters’ lives and a husband who promoted his wife’s career, all the while working full-time and maintaining an active life as a volunteer social worker in the New York City community? 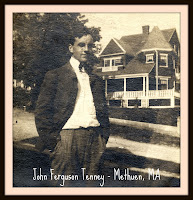 John Ferguson Tenney was born October 9, 1880 in Methuen, Massachusetts to George Washington Tenney and Alzadia Maria Tourtellot Tenney. His sister, Helen, was his only sibling.

Methuen seemed to be the center of the New England industrial revolution with textile, hat and shoe factories alongside the Spicket River where there was waterpower and plentiful labor. 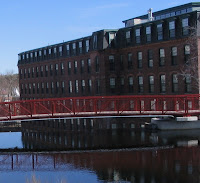 George Washington Tenney and his brother Daniel built a four-story brick factory where they manufactured shoes. Their brothers John and Charles built a hat factory. These businesses held close ties to the New York City fashion industry and the brothers maintained offices in the city.

John Ferguson Tenney graduated in 1898 from the prestigious Philips Academy in Andover, Massachusetts. He received a Bachelor of Arts degree from Yale in 1902 and earned his LL.B. in 1905 from the Harvard Law School. Massachusetts and Washington State granted made him a Member of the Bar. From 1905 to 1909 John practiced law in Seattle where he was elected Deacon of the Pilgrim Congregational Church.

At a Christmas party in 1908, hosted by the President of Whitman College in Walla Walla, Washington, John Ferguson Tenney was introduced to Gena Branscombe, Head of the Piano Department at the college. He pursued her for several months and in the spring of 1909 proposed marriage.

A 29 year old lawyer proposes to a 28 year old pianist and composer who had already arranged for one year of music studies in Germany. Just months after their engagement and meeting his parents in Methuen, Gena departed for Europe. We can surmise that John’s understanding and respect of her career priorities was clear. Gena understood that he was willing to await her return to get married. This reflects a maturity and depth of love. 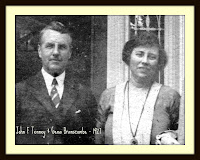 While Gena was in Germany, John’s intentions were to remain in Seattle practicing law. That plan would change when the wife of the President of Whitman College offered advice ….. for two such strong people, they must live in a major cultural center for Gena’s professional advancement! John packed his bags and left for New York City to take a position in his uncle’s hat factory business. In my awe of this, I fill in the date 1909….over 100 years ago.

Referring back to my interview with Philip Phenix, I inquired why his father-in-law did not practice law in New York City. The answer was unclear. Either John Tenney did not want to do all that was necessary to prepare for the New York State Bar exam, he was not fulfilled in his law career or he was willing to return to his family’s business and ties. In John’s personal family genealogy book he said of his career change, “Gave up law to accept position to learn commission hat business. Opening made by death of cousin George Tenney, my dearly loved cousin.”

For two decades John worked for the C. H. Tenney company, one of the world’s largest dealers in hats.

Gena Branscombe and John Tenney were married October 5, 1910 in Picton, Ontario, Canada. Shortly thereafter, they moved to Douglaston, Queens in New York City and later made their home on West 82nd Street in Manhattan. They were members of the Broadway Tabernacle Church where John was elected Deacon in 1930 and served in that capacity until his death.

The Branscombe-Tenney family welcomed four daughters, Gena born 1911, Vivian - 1913, Betty - 1916 and Beatrice - 1919. Eldest daughter Gena, during my first meeting with her in 2001, told me that her father was an active and loving part of his daughters’ lives. 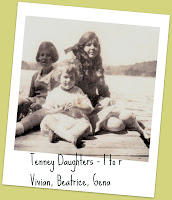 Juggling two working parents’ schedules and the care of four daughters could not have been easy. Daily agendas may have been written out, babysitters hired and at times, chaos must have ruled. Quiet time for composing was necessary for his wife, particularly on the weekends. To help out, he took his daughters to Central Park for play time. He changed diapers, made meals for the family and he helped everyone get ready for church on Sundays. 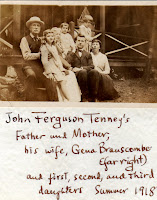 The death of daughter Betty during the influenza epidemic of 1919 deeply affected John and Gena’s lives. Together and with their two eldest daughters, they mourned the loss of their beloved child. In the summer of 1919 after the birth of their fourth daughter, Beatrice, Gena Branscombe began work on her largest work, her oratorio, Pilgrims of Destiny, based on the pilgrims voyage to the new world. 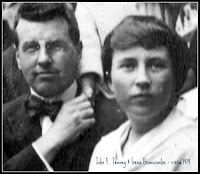 The oratorio was a family venture with John serving as editorial assistant for the libretto, researching historical accuracy of ships’ logs, typing the manuscript and baby sitting. 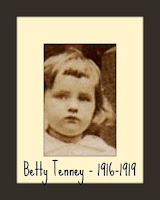 The oratorio was dedicated to daughter Betty.

As much as his wife was a leader of women in music, John Ferguson Tenney had a leadership role at the Broadway Tabernacle Church where he sought out bright young adults who would actively participate in social services for the community. During World War II, he organized a Servicemen’s Welcome Center at the Church. The New York Times reported that the Center hosted more than 50,000 service men and women, providing educational and recreational programs. He gave countless hours tirelessly working for our soldiers. 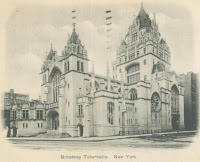 Mr. Tenney left the hat industry in 1927 and went to work as an underwriter for the New York Insurance Company. Making sales calls, he would recruit new members for his wife’s choral group and promote the attendance at musical events. His constant support of Gena’s professional career included financial backing for the musical organizations she founded. 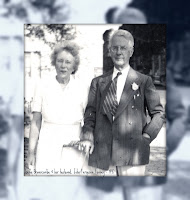 Diagnosed with pancreatic cancer in early 1949, his health deteriorated rapidly and by August he fell seriously ill. He died September 5th. His funeral was held at the Broadway Tabernacle Church.

From the many pictures in this blog, John Ferguson Tenney was a handsome man and one who was filled with spirit and love. He was a devout Christian dedicating his life to his church through social services. He was a family man, devoted father and loving husband. The support of his wife’s career was as selfless and generous as one could imagine.

“….we shall sometime, somewhere be surprised to find that God has already provided for us all, and more than we can imagine. Life is continuous, and, to me, death is merely the releasing of the spirit from the human body. After death the spirit is as alive as it was before, and it continues to live, to grow, to experience, and to develop. I have joy in thinking of being useful there, and adding to wisdom, and love, and light. Such a belief makes this mortal life more understandable, and purposeful….makes life worth living, right.”

To me, that paragraph sums up the essence of John Ferguson Tenney. 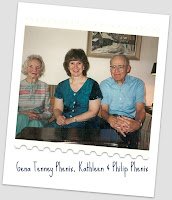 My thanks to Gena and Philip Phenix for my 2001 visit with them and for answering my multitude of questions about Gena Branscombe and her husband John Ferguson Tenney.   Also, many thanks to Roger Phenix, grandson of Gena and John, for his constant help with information, details and pictures of his grandparents.

Posted by Kathleen Shimeta at 7:56 AM No comments: