The insights of the written word when given to its reader are limitless.  Recently I have been reading Gena Branscombe’s letters to her publisher, Arthur P. Schmidt of Boston.  Her letters begin in early January 1911 and continue through December 1951.  The correspondence is abundant covering what works will be published, royalties, what concerts she was performing and the singers who were performing her songs.  She included personal matters of what her children were doing, their shenanigans and the advice her husband gave her. 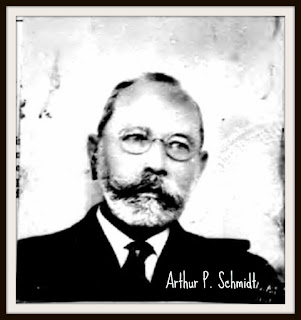 Then one particular letter caught my attention with Miss Branscombe’s philosophical and heartfelt admiration of a composer.  Her writing style is in the moment of what goes through her mind.  She uses dashes as a way of pausing to think of what she will express next.

“The work of Wagner is to me so transcendental -  that I personally feel that he – as a man – would only be carrying out a sacred trust when he demanded – if he ever did – that the world – for whom he wrote should give him a living.  I couldn’t find it in my heart to criticize him for anything – the scales are so mightily over balanced in the world’s debt to him.  It sounds very wonderful to me that you have a letter actually written by him in the flesh.  I have such reverence for Wagner and Beethoven as revealers of God through the medium which means most to me – that I feel as though I could hardly have born it to have known them in the flesh - and lived.  That sounds young – perhaps – but it’s most true.” Arthur Schmidt had a Richard Wagner letter thirty years after the composer’s death.  Did someone give it to him, did he know someone connected to the Wagner family or did he purchase it?  We will never know yet he obviously shared that information with Gena.  She then waxes poetic about her admiration for both Wagner and Beethoven.

Another letter written, February 7, 1916, caught me by surprise when she says,

“My Wagner’s letter hangs right by my piano – and I find it very much of a friend.  Have you the slightest idea to whom it was written?  Julien says he only lived at “4 Rue Uralign” a short time – so it must have been written to someone he really liked or he wouldn’t have taken the trouble so soon after his arrival in Paris.  Julien never mentions Mathilde Wesendonck – does he – and quite minimizes the friction between Wagner and Mrs. Wagner.  It is to me – an interesting history – most illuminating in just the ways that some of the other histories are not so helpful.  It was more than good of you to let me have it – ………”    (For clarification – Julien is Julien Tiersot was a French musicologist who wrote about Wagner.) 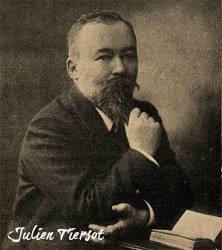 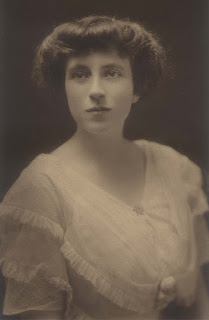 Gena had in her possession a Richard Wagner letter gifted to her by Schmidt.  Was it his Wagner letter mentioned in her 1915 letter or another he managed to purchase?  What happened to the Wagner letter, I do not know.  She may have kept it for a short while and returned it.

Possessing a hand written letter of Richard Wagner today would be any serious musician's most treasured item.  You would hold this giant of a composer in your hand with his spirit emanating off the page.  The power of the written word in an actual letter is something e-mail does not have the ability to convey.