Sometimes you get just plain lucky!

Sometimes in my business, you get just plain lucky! Such was the case in mid 2007 when Spessard Management was contacted about the possibility of performing my one woman show for the Festival of Women in the Arts in Elmira, NY. How did the Festival find us? What internet search resulted in their contacting us? We never did find out and that’s OK because the experience was wonderful.

Will Wickham, conductor of the Cantata Singers of Elmira, had a genius idea to create the Festival of Women in the Arts. Brilliant….an absolutely brilliant idea. The e-mail from Will appeared without us first contacting him and lucky is how we felt.

E-mail exchanges began about our fees and the Festival applying for grant money. Before too long, the Festival of Women in the Arts had the funding for me and Martin to appear in the inaugural season of this Festival during Women’s History Month, March 2008. Honored we were.

What is and was genius on Mr. Wickham’s part was that the Festival included women in the arts for the entire Elmira area. Will is a delightful person, musician and composer. Mild mannered and humor filled, he is committed to his chorus and the arts in the Elmira region.

There was a photographic exhibit, crafts display, readings by women authors, dance concerts, women’s singing groups, and the Cantata Singers under the direction of Will performed an entire concert devoted to women composers including pieces by Gena Branscombe. The community was involved or invited to experience the creativity of local women. Genius! 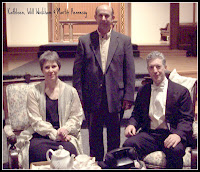 Will saw to the details of our performance by providing an entry way, a well tuned grand piano, chairs, coffee table, desk and lighting. Everything was in its place ready for our performance. A true professional in the music business!

The audience was receptive and warm….seeming to sit on the edge of their seats waiting for the next song or dramatic moment. I was pleased that my sister-in-law and brother-in-law were able to attend as well as friends from Rochester, NY. 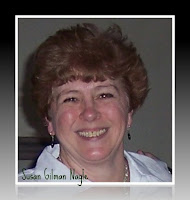 One of the benefits of doing performances such as the Festival of Women in the Arts is the people you meet and who become friends. Martin and I soon learned that Will’s right hand person was Susan Gilman Nagle who organized, wrote grants, did radio interviews and much more. Where would a fledgling organization be without dedicated people like Susan who give of their time and energy?

After our concert we went out to dinner at Horigan’s Tavern where we learned what a black and tan was, enjoyed great food and the company of Susan, her husband, Stephen, and others. A fun, laugh filled time was had by all and friendships made.

During these past few years of economic hard times, the Festival of Women in the Arts has continued under Will Wickham and Susan Nagle’s guidance. How fortunate for the Elmira area. I wish you years and years of continued performances and exhibitions advancing the cause of creative women.

A Festival of Women in the Arts, warm and charming people whose enthusiasm for the arts and particularly women in the arts is contagious and this leaves us the performers with a cherished memory.
Posted by Kathleen Shimeta at 12:58 PM No comments: