New York City’s December /January weather can be mild or brutally cold.  It was brutally cold in December 1920 and leading into January 1921.  Escaping that weather to make a two week trip to the sunshine and warmth of Bermuda would be many people’s dreams.  Add to that two week warm weather Bermuda trip accompanying soprano Esther Dale.  That’s quite the incentive! 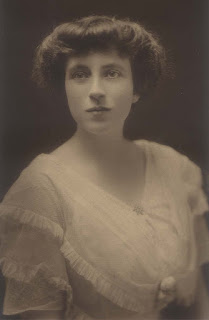 “Am planning to go to Bermuda Dec 27th for a two week trip as Esther Dale’s  accompanist.  She will do some of my things.  Can I do anything for you – in Hamilton – make any connection with any music stores (if there are any!).”  The quote is from Gena Branscombe’s November 8, 1920 letter to Arthur Schmidt, her publisher.  Imagine a woman in 1920 taking a two week break from New York City to perform in Bermuda while leaving her husband at home to care for their three daughters, run the household and work full-time!  Gena Branscombe was an independent, career oriented woman with a husband who supported her. 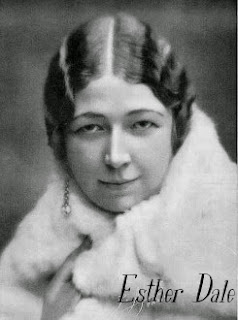 As I read the above quoted letter, soprano Esther Dale was not a name I recognized.  Research had to be done!  Dale was born in Beaufort, South Carolina in 1885.  Her music studies took her to Berlin, Germany where it is possible that Esther and Gena may have met while studying there in 1909 or 1910.  As a lieder singer Esther presented recitals at Aeolian Hall and Carnegie Hall in New York City.  She was a guest artist with the New York Philharmonic and the Boston Symphony Orchestra.  At Smith College in Boston Dale was appointed head of the vocal department.

This classically trained singer segued from her music career into acting having an impressive onstage presence as well as film and television.  In 1933 she was the lead in Carrie Nation on Broadway with her co-star James Stewart!  Additional Broadway performances included And Be My Love in 1944 and Harvest of Years in 1947. As the character Birdie Hicks, Esther Dale appeared in the Ma and Pa Kettle movie series during the 1940s and 1950s.

Television appearances included guest spots on Maverick, Wagon Train, and The Donna Reed Show.  Esther Dale died in Hollywood during the summer of 1961.

Now, back to the Esther Dale Bermuda concerts.  I began searching for reviews or ads for the concerts.  Hopefully Gena’s name as accompanist and a list of the songs Esther performed would be in print.  I found two ads from The Royal Gazette, the Bermuda newspaper.  There is no mention of Gena in the ads for Town Hall in St. Geroge’s or Mechanics Hall in Hamilton .  No reviews appeared in the local papers.  In a January 29, 1921 article in Musical America, there is mention that Esther Dale performed two recitals and in a private home where former President and Mrs. Taft were in the audience.  The accompanist was Conal Quirke.

That is a bit perplexing. I doubt Dale would have had two accompanists in tow.  It is possible Gena may have had to cancel the tour for personal reasons.

What comes of all my research is that I now know who Esther Dale is and admire the span of her career.  A trained lieder singer who performed with top notch orchestras and an actor who worked for over 25 years on the stage, in film and television.  Inspiring!

Gena Branscombe knew Esther Dale and it’s possible she sang her songs.  This is all in a day’s work of research and worth every minute of the effort!

Posted by Kathleen Shimeta at 2:22 PM No comments: