Self-promotion….self-promotion for artists….a very difficult function of our career journey with networking, making sure our names are associated with our talent and performances, conversing about ourselves and always creating a personal narrative that will sell, sell, sell.  From afar we admire artists who fly through this process without self-doubt. We try to imitate them or learn to do what they seem to do with ease.  Yet, we all come to acknowledge that self-promotion, though it is a necessary part of our business, is a challenge.

November 14, 1926, a letter from Gena Branscombe to Mr. Austin at Arthur P. Schmidt Company in Boston: 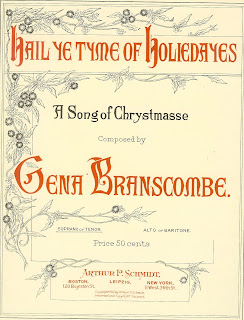 “I’ve an appointment with Mr. Schipa  – this Wednesday – am showing him a manuscript song – and if you will send me on the following songs (as I’ve none here) I’ll take them in also.  “There’s a Woman like a Dewdrop”  “Hail Ye Tyme of Holiedayes” “Three Mystic Ships”  “At the Postern Gate” and “Happiness.”” 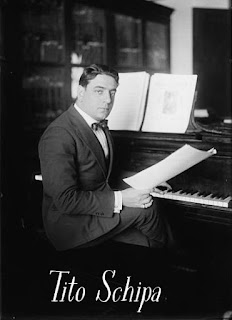 Mr. Schipa was the world renowned tenor, Tito Schipa (1889-1965).  He was known for having a beautiful lyric line in his voice.  Though his voice was not a large one, he was heard to the back of any big opera or concert hall in which he performed.  He was equally at home singing opera and concert repertoire.  Schipa was one of the highest paid classical singers of his day who also loved his celebrity life style.

Ever the self-promoter, somehow Gena Branscombe was able to make contact with Mr. Schipa.  She may have had a friend of a friend who helped, contacted someone with his management company and maybe by direct contact.

She created a time to present her songs to this world class singer. Research into Schipa’s concert programs shows no indication that he performed Gena’s songs.  Together they worked on her songs on Wednesday, November 17, 1926.  Her November 19, 1926 letter to Mr. Austin acknowledged. “Had a fine session with Mr. Schipa.” 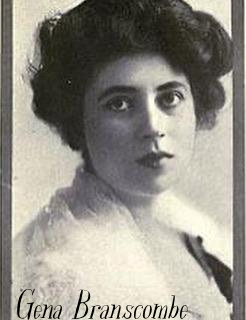 Gena Branscombe seemed to have a knack for self-promotion for she knew the only way to have her music performed was to make contact with performers.  And, that she did with great determination.  BRAVA, Gena.

Posted by Kathleen Shimeta at 1:15 PM No comments:

Though I have posted this quote several years ago, when I came upon it once again, I was moved by Miss Branscombe's personal message. 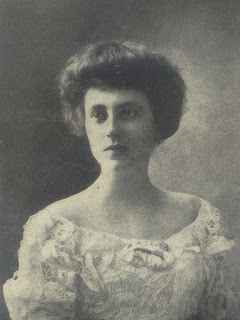 Posted by Kathleen Shimeta at 1:38 PM No comments: