With 150 art songs in her compositional output, Gena Branscombe set the words of famous and not-so-famous poets to music.  Her mother's poetry became song and her own poems set to music were dedicated to her mother and her daughters. 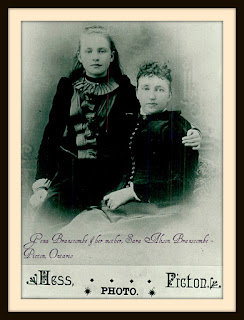 One often wonders why a specific poem catches the attention of a composer.  When reading a poem that touches their inner feelings, does a melody form in their mind?  Maybe the poet approached the composer with their own works suggesting a collaboration.
Whatever Gena Branscombe felt about the poems she set, her songs beautifully imbue the words with melody, complex harmony and quivering emotion that grasps not only the performers but the audience as well.  The poets must have been pleased.
As a young ambitious music student, Canadian Katherine Hale (1878-1956) foresaw herself on the operatic stage with a career that took her around the world to perform in all the major opera houses.  Her singing career transformed to a literary career.  Miss Hale authored travel books, critiques, prose and poems.  Knowing of Canadian/American Gena Branscombe, Katherine Hale travelled to New York City to interview the composer.  During their conversation Katherine suggested the two women collaborate on a song based on her poem, "In the Trenches."  The title of the song became "Dear Lad O'Mine" and was published in 1915.  The song appears on my CD.   Proceeds from the sale of the sheet music went to the Canadian Red Cross World War I effort.  All was not happiness in this partnership as Miss Branscombe wrote to her publisher, Arthur Schmidt, that she was not particularly interested in composing this song.  She had other things to attend to! 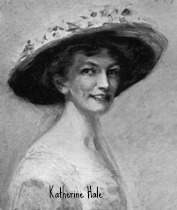 Six poems of writer Laurence Hope (1865-1904) were set to music by Gena.  In the real world Laurence Hope was born Adela Florence Cory.  Easier to get your poems published using a man's name!  At the age of 16 she travelled from Great Britain to Lahore, India joining her father who was editor of the Military Gazette.  She married Colonel Malcolm Hassels Nicolson who was twice her age. Much of her poetry is infused with her life experience of residing in India.  Gena must have come across the Laurence Hope 1902 collection, India's Love Lyrics, for she set two of the poems.  I perform "Starlight" in my one-woman show where the song is positioned during a time of uncertainty in Miss Branscombe's life.  The music and poetry combine to convey  imagery of the heavenly stars, sadness, a sense of despair and unrequited love. 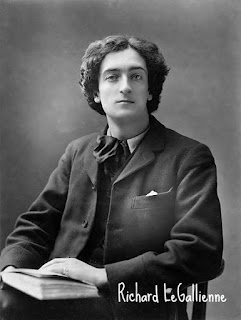 In 1906 Gena Branscombe set Richard Le Gallienne's (1866-1947) poem, "Sleep, Then, Ah, Sleep."  A dark, ruminating poem about the death of a loved one.  LeGallienne's first wife, Mildred, died in 1894 and I wonder if these words were an expression of his loss.  The musical setting is slow, with dissonant harmonies and outbursts of anger.  How could a composer only 25 years old comprehend and compose a work permeated with the finality of death?  Richard Le Gallienne's daughter is the famous American actor, Eva Le Gallienne.

Joining forces in 1923 for a New York State Federation of Women's Clubs pageant showcasing the progress women had made in the past 50 years, poet Louise Driscoll (1875-1957) and Gena wrote "Spirit of Motherhood."  Performed as a choral work for the pageant, it was also performed frequently by the Branscombe Choral.  In 1934 Gena arranged and published the piece for solo voice.  The words and music are, in today's world, a sentimental tribute to the most difficult job in the world - motherhood.

Miss Driscoll was born in Poughkeepsie, NY.  Though her poems have not been set in a collection for publication,  she contributed her poems to some of the best magazines.  "Metal Checks", an early poem, received a $100 prize offered by "Poetry: A Magazine of Verse."
The poetry of Arthur Stringer (1870-1954) and Kendall Banning (1879-1944) was a mainstay of numerous of Miss Branscombe's vocal compositions.  Fellow Canadian and neighbor of Miss Branscombe and her family, Arthur Stringer provided witty and humorous poems for musical settings.  Poet and composer combined forces during World War II to publish the song "Blow Softly Maple Leaves" honoring their Canadian troops.

Kendall Banning's poems became two of Gena's four song cycles.  Songs of the Unafraid and The Sun Dial are poems of wide open spaces, wandering, travel, adventure and the unknown.  Miss Branscombe's music has an expansiveness to it with sweeping accompaniments that challenge the pianist.  The singer rides above the piano with melody that expresses the deepest part of the poetry.  Banning's Christmas poem, "Hail Ye Tyme of Holiedayes" became one of Gena's most famous and financially productive pieces.  She set the poem for women's, men's and four-part chorus and solo voice.

Kendall Banning worked in the literary circles of New York City.  His own poems and prose were written about and described in New York Times' articles.  He won awards for his writing.  There seem to be no pictures readily available of him yet his impact on the world of writing was great.  It is unknown if he and Miss Branscombe knew one another.

Settings of Robert and Elizabeth Barrett Browning's poetry are part of the reason I found Gena Branscombe's music.  As I have said in previous blog posts, I found her song cycle, Love in a Life with poetry from Elizabeth's Sonnets from the Portuguese.  I recorded these six songs and in my opinion, her setting of "How do I Love Thee?  Let me Count the Ways" is plush with the understanding of young blossoming naive love.  She pours forth such emotion in the complex harmonic and rhythmic language to express the depth of the text. 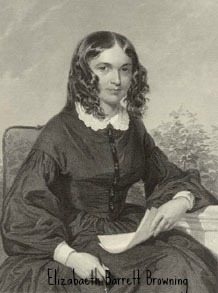 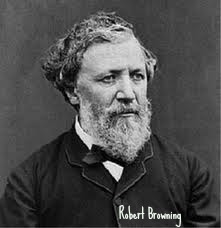 Robert Browning's poem "Serenade" from his collection In a Gondola was the first song I learned and performed of Miss Branscombe's.  She set it with a gentle, enticing opening line inviting the true love in, then moves forward with urgency the desire for a life-long love.  One of her most complicated songs is Robert's "The Best is Yet to Be" where Gena went full force with a motion filled and demanding accompaniment.  The singer rides above that foundation declaring life's challenges and expectations, faith and understanding; all the while assuring us that growing old with the one you love is not to be feared.  In my words, she nailed this piece! 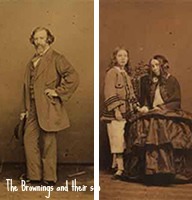 Robert and Elizabeth Browning's journey is one of the greatest love stories in all of the literary world.  Brought together by their admiration for one another's poetry, Elizabeth's father nearly kept her a recluse because of health issues.  With great strength she and Robert arranged to meet one another in late evening outside her house, elope and leave England.  She was never to see her father again.  Yet with their determination to be together for life, Robert and Elizabeth gifted the world extraordinary poetry that will live on for centuries to come. 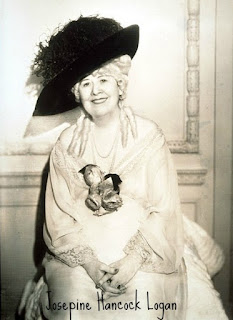 With a rippling, complicated accompaniment that surges forth to accept the challenges and responsibilities of life, Gena composed what I call her own "personal national anthem" with poetry by Josephine Hancock Logan (1862-1943).  "I Shall Hold to Life" published in 1934 finds Miss Branscombe's comprehension of the words to be exactly what she has experienced in her own life.  She acknowledges the challenges of being a leader of women, strives to fulfill her dreams while eager hearts lean upon her for guidance.  It is a joy to perform this song in my show.  Mrs. Logan was a poet, author and philanthropist.  She founded and was president of the Society for Sanity in Art.  She and her husband created the Logan Medal of Arts prize in 1907 and they were associated with the Art Institute of Chicago. 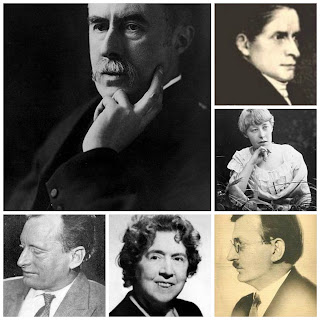 Emotions from love to rage, introspection to outburst, self doubt to confidence and always faith in God, Gena Branscombe found a way to set words to music. Her understanding of word painting through harmony, rhythm and melody are attributes young composers of today should study. The human voice is given flowing lines supported by colorful and complex piano accompaniments. From lullabies to lengthy songs of dramatic proportion, she wrote it all. Wed together all these components and you have Gena Branscombe's 150 art songs!

Posted by Kathleen Shimeta at 8:47 AM No comments: