Aross in the early part of the 20th century planned communities were being created to satisfy the need for urban areas and new housing.  Rural lands were forfeited to development.  Imagine Mountain Lakes, New Jersey in 1910;  a woodland locale with pristine terrain, rolling hills, woods and boulders and then a mere 10 years later in the 1920s, it was a full-fledged and developed community.  New residents were escaping from and learning to commute to their jobs in the city on the newly completed train line.

What has got to do with Gena Branscombe?  Well, I’m glad you asked.


Leaving their residence at 1 West 82nd Street in in the summer of 1922, Gena Branscombe and her husband John Ferguson Tenney moved their family of three girls to .  Eldest daughter Gena had developed asthma which made the move necessary. 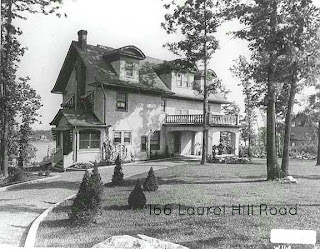 For two years the family would make their home at  and became active members of the . 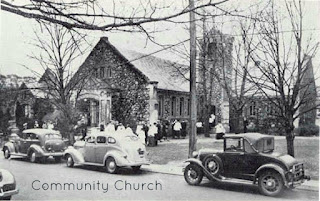 Relocations such as this one can be difficult for the adjustments to new schools, leaving old friends, making new friends and the unknown of what the future will bring to you in your new setting. John began commuting into the city for his job.

Little did Gena Branscombe know that this move to would bring a new facet to her musical career.  Up to this time she had been known as a pianist, accompanist and composer.  Soon, she would add conductor to her many accomplishments.

In the Fall of 1922 Gena was invited to conduct the MacDowell Choral and thus began her conducting career.  To further educate herself in the art of conducting, Gena began taking conducting lessons in from Chalmers of the American Orchestral Society and with Albert Stoessel at . 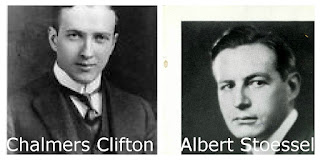 By April 1923 the MacDowell Choral was broadcast live on WJZ in .  Gena had been hard at work promoting her new career as conductor.

In all my years of working on my Gena Branscombe project, it has never ceased to amaze me as to the dedication that her Choral member had for her. Women from the Mountain Lakes chorus travelled into New York City to participate in rehearsals and performances of the Branscombe Choral. They followed their beloved conductor and mentor to continue making music with her.


Composing continued to be a priority in her life and during these two years of residence she wrote “Sonata Canadien,” a large-scale work written to show her deep love of .  Her most famous and best selling work “Hail Ye Time of Holiedayes” was published in 1924.  Her choral pieces “Spirit of Motherhood” and  “A Wind from the Sea”  were written and performed during this time.  In addition, songs for her daughters were composed – “Over Dreaming Children” and “Three Unimproving Songs for Enthusiastic Children”.   This was a woman who was never idle! 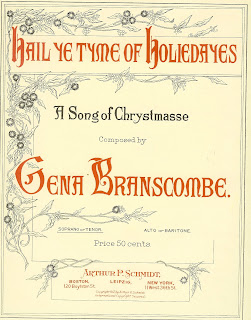 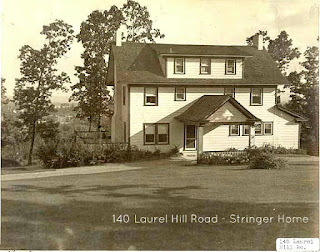 A few doors down from the Tenney household resided Canadian author, screen writer, poet and playwright, Arthur Stringer.  The Stringer family had three young sons who were playmates to the Tenney girls.  During my conversations with Gena Tenney Phenix in 2001, she recounted play dates with the Stringer boys and family dinners together. 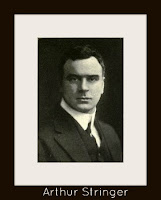 Whether Gena Branscombe had personally known Arthur Stringer before residing near one another in is not known.  These two Canadians now living in the became family friends and colleagues.  As collaborators they wrote a tribute to their native in the 1945 song, “Blow Softly Maple Leaves,”  and also produced the songs “Ould Doctor Ma’Ginn,” “An Epitaph,” and  “Of My Ould Loves”.  I recorded “Maple Leaves” and “Doctor Ma’Ginn” for my CD.


In the Fall of 1924 the Branscombe/Tenney family returned to New York City and their busy life marched on. The two years of residence in Mountain Lakes, New Jersey was a professional turning point for Gena Branscombe. The conducting of choruses became a main-stay of her career and the composing and arranging of choral works a force of her compositional output until her death in 1977.

Change is good for us all and when we open ourselves to new opportunities and experiences wonderful things can take place. From pianist, accompanist and composer, a move to New Jersey produced a conductor of charismatic quality. What a lesson for us all.
Posted by Kathleen Shimeta at 5:19 PM 1 comment: