“The youngest member of our family is to be called Elizabeth – as her next oldest sister put it - “Elizabeth for long, and Betty for short.”  If you ever see the frivolous “Cosmopolitan Magazine” – please look at the cover of the September issue and you will see Betty – good as she is.  It’s an excellent likeness.  She’s the most responsive little mate imaginable ….  loves to be sung to, will stop short in the loudest howl if her mother sings – and makes a funny little “high up” sound all the time one is singing, as tho’ she were trying to sing too. “

The quoted excerpt is from a September 4, 1916 letter to Gena Branscombe’s publisher, Mr. Arthur P. Schmidt, of Boston.

The baby she refers to is the Tenney’s third daughter Betty who was born in June 1916.  At the time of this letter, Betty’s two older sisters, Gena and Vivian, were staying with their maternal grandmother in Picton, Ontario.  Mother Gena and her husband John were home in New York City tending to their newborn. 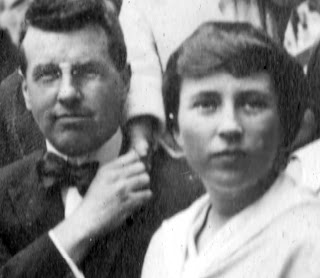 It was quite a surprise to find out that baby Betty was on the September 1916 cover of Cosmopolitan Magazine.  Entitled, “King of Hearts,” and illustrated by Harrison Fisher, it shows Betty and two adoring parents.  The parents in the picture are not Gena and John. 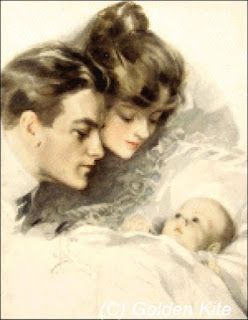 This revelation led to an online search for an original copy of the magazine.  I did find a picture of the cover but not the actual magazine.  If one keeps searching online, you may find something even more intriguing and so I did.

An offering for an autographed antique “King of Hearts” print came up for sale and I purchased it.  Renowned artist Harrison Fisher (1877- 1934) was a highly sought after illustrator in his day.  By 1918 the "King of Hearts" image had been made into postcards and prints were available for people to purchase. 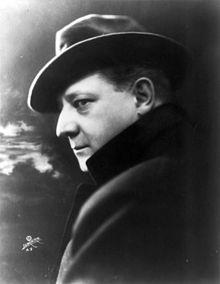 It is unknown how Betty came to be painted for the cover and if Gena and her husband knew the artist or someone who worked for Cosmopolitan magazine.  With great pride and sentiment of her parents, little Betty was on the cover of Cosmopolitan Magazine!

Posted by Kathleen Shimeta at 7:28 AM No comments: