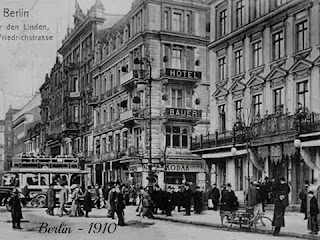 While in Berlin, Germany in 1909-1910, Gena Branscombe was studying piano, practicing five to six hours a day, composing, performing recitals of her works at the American Women’s Club of Berlin, gaining recognition for her talents with an article in the Musical America magazine in the United States and accompanying recitals for singers and instrumentalists.

One such recital was at a dinner party given by the American Ambassador to Berlin, David Hill and his wife, whose honored guests were President and Mrs. Theodore Roosevelt.  Gena accompanied her soprano friend, Belle Forbes.  Late afternoon of the dinner party, the two musicians were invited to perform with a car picking them up at 9 PM.  Even with this late notice, the two ladies were ready which Gena described in her Thursday, May 12, 1910, letter to her future husband, John Ferguson Tenney: 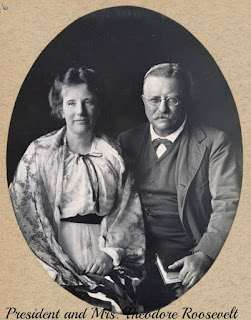 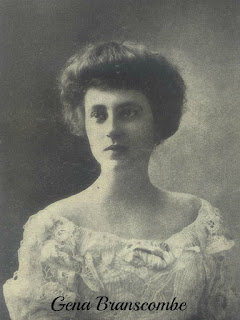 “I was ready when the auto came, with Belle looking like a queen.  She had Harriet Illsey’s diamond tiara and Mrs. Shayne’s yellow gown and was the most beautiful thing you ever saw.  I wore my ancient – and honorable lace gown with one pink rose on the left shoulder and no “jools” except a pearl pin.”

Gena went on to describe their performance:

“In spite of Belle’s being so tired, she sang superbly, and they praised her so.  I came in for my share too, and Mrs. Roosevelt said so many sweet and kindly things…..” 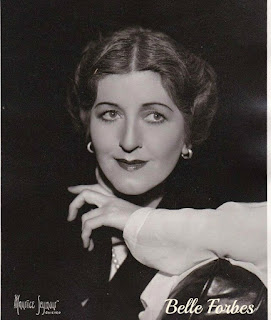 “That night, Mrs. Roosevelt said, wouldn’t Belle sing something of mine, and Belle said what a pity it was that she had brought nothing with her.  As an advertisement, I could have had nothing better, and it was the place for it – they wanted English songs….”

“It would have been so easy for Belle to have done it for me, she knew all the stuff…”

“I settled it all about Belle and am perfectly happy and comfortable about her –have no feeling of resentment – and it’s all right.  It came over me that that was Belle’s chance, and that it was wrong of me to in any way detract from her complete and undivided success – which would have been the case had I appeared in the light of a composer, for that art is taken very seriously over here…. it was wrong for me to have wanted my things done,… Belle has gone through tortures over here, and all these lovely things were coming to her, and I mustn’t feel hurt or resentful, only glad for her.  And it’s all right, and I’m sunny again”

A great disappointment for Gena became an opportunity to take personal stock of her role in the evening’s performance and she makes peace with Belle’s decision.  Gena’s personality trait of looking within herself, assessing the situation and finding a resolution with which she could live is what made her a great musician, colleague and leader of women throughout her career. 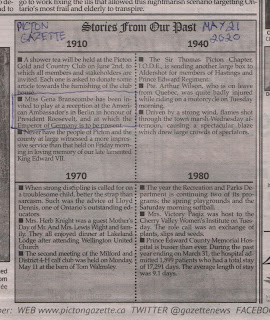 What brought this blog to be written?  My friend and researcher extraordinaire, John Lyons of Picton, Ontario, Gena’s hometown, sent me a clipping from the May 21, 2020, Picton Gazette’s “Stories from the Past” section.  Noted there in 1910 is the announcement that Gena was to play at the American ambassador’s home for President and Mrs. Theodore Roosevelt.  It also mentions that the Emperor of Germany was to be in attendance.  Unfortunately, King Edward of England had died and the Kaiser traveled to England for the funeral.

Posted by Kathleen Shimeta at 8:01 AM No comments:

The Gena Branscombe Project announces their 2020 scholarship winners. Congratulations to these talented winners who will carry on Miss Branscombe's legacy of high musical standards, leadership, equality and inclusivity.

Posted by Kathleen Shimeta at 8:25 AM No comments: 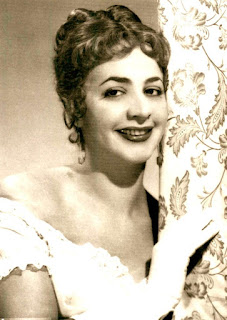 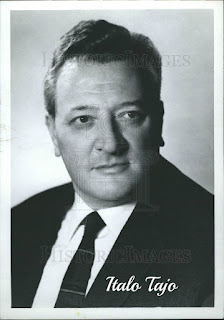 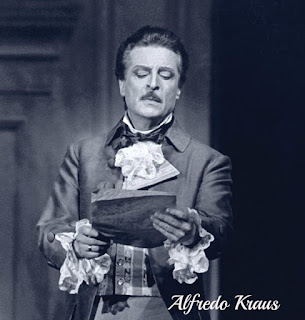 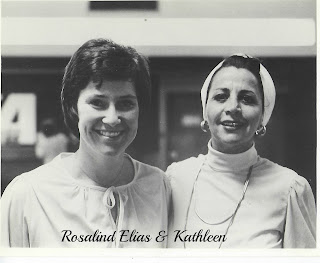 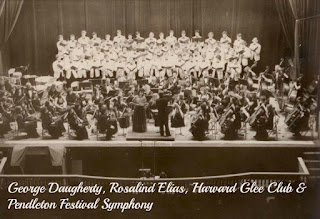 Posted by Kathleen Shimeta at 8:42 AM No comments: 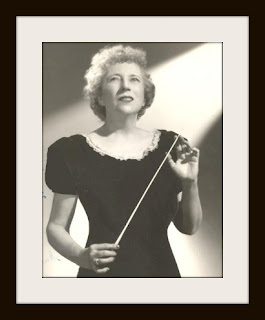 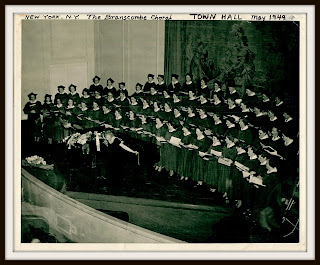