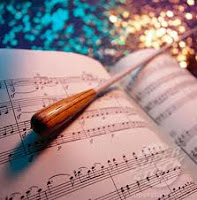 As we walk down streets looking in store windows, display items can trigger memories of objects or people from our past. Several months ago The New York Times published a picture of a conductor’s baton lying across an opened music score. That picture jarred Pierre Biscaye’s memory. He signed on to his computer to look for any information he could find on conductor/composer Gena Branscombe. Why?

As a child, Pierre knew Miss Branscombe who visited his family’s home and had dinner with them. She gave one of her conducting batons to him and one to his sister, Peggy. The baton and music in the Times’ picture reminded Pierre of that special gift from Gena Branscombe.

Upon my return from performing in St. Louis last November, there was a message from Pierre on my answering machine. Searching for information about Miss Branscombe, he found my website, read about my project and then, contacted me. What followed over the next few weeks were phone conversations with journeys down memory lane for Pierre and his sister, Peggy Oury. How did Pierre and his sister get to know Gena Branscombe? 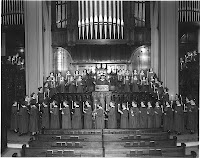 Through their association with the Choral, a friendship developed between Ruth, her sisters and Gena and her family. And, yes, Pierre and Peggy accompanied by their father attended Branscombe Choral concerts in New York City.

Brother and sister each recalled Miss Branscombe and her husband John Ferguson Tenney being at their home in Leonia, New Jersey. Living nearby was Gena Tenney Phenix and her family. Memories of knowing Morgan and Roger Phenix came forth. I relayed my conversations with Peggy and Pierre to Morgan and Roger. To say the least, they remembered the Biscaye family and were quite surprised by my new found friends that brought back great memories for them.

In the years that I have worked on my Gena project, I have had numerous opportunities to interview or speak to people who have known Gena Branscombe. With no exception, everyone has sung her praises as a warm, caring person. She engaged children, teens, adults and older adults in easy conversation.  Her sense of leadership and responsibility to others shone forth at all times.

Pierre and Peggy recalled being impressed with Gena’s sense of style and clothing every time she appeared in their home. Her husband, though quiet, was at her side; a strong and constant support system. Gena was warm and engaging…..so pleasant to have in their home. 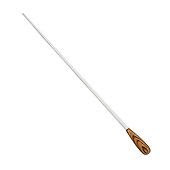 Then, excitement and wonderment as only children can experience…..a conductor’s baton being handed to them. One can only imagine Gena bending down, presenting Pierre and Peggy with her batons, followed by an explanation of what that baton does! Pierre thinks he still has that baton nestled in his attic! Let’s hope so.

What has never ceased to amaze me while I speak with former friends and chorus members of Miss Branscombe’s is that they have held on to and have cherished items such as pictures, concert programs, autographed sheet music and personal letters from her. Many of these possessions are well over 70 years old. Why have these people held onto these items? My guess says that Gena Branscombe left indelible marks on people’s lives and hearts and that by continuing to hold these possessions they still have a part of her with them.

Peggy is her family’s historian. After their mother’s passing, Peggy maintained the autographed sheet music, Branscombe Choral pictures and of all things, an original working manuscript. Gena was arranging a women’s choral setting of, “There was a King of Liang,” one of the songs I recorded. Miss Branscombe gave this manuscript to Ruth Eginton Biscaye and it was carefully preserved in the family home. Imagine….an original manuscript!!

We discussed these items and I asked/offered to have Peggy send them to me so they could be donated to the Gena Branscombe Collection at the New York Public Library for the Performing Arts. These treasures are part of their family history yet Peggy consulted with her children and it was decided all would be sent to me. When the time comes, pictures, sheet music and the manuscript will be given to the library with a note saying they were donated by the Biscaye/Oury family.  Thank you so much for trusting me with your cherished family possessions.

So, another surprise in my Gena Branscombe journey. New friends have been made via telephone conversations and personal memories of Gena Branscombe passed along to me. You have shared your valued family possessions which will be preserved for future generations to appreciate. Thank you Pierre and Peggy.

Posted by Kathleen Shimeta at 12:13 PM No comments: