American women’s artistic creativity is mind boggling. Attending the Women in the Arts Conference at the University of Missouri St. Louis was a great testament to my opening statement. Dr. Barbara Harbach organized an inspiring conference that fostered women’s accomplishments and acknowledged the diversity of women as creators. 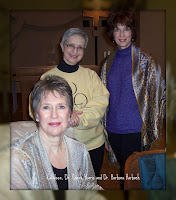 Martin and I performed our Gena show the evening before the conference opening. A warm, receptive audience awaited us and at the “talk back” we were greeted with questions about Gena Branscombe and her era. Once again, we made friends with wonderful, caring people. 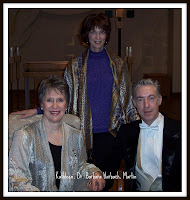 Women from across the United States came to St. Louis to present concerts and lectures about their books, poetry, music, art and documentary films. Two evening concerts featured music of composer-in-residence Beth Denisch of Berklee College.

With three days of presentations, it would be difficult to single out one woman presenter as the best. Every woman who participated had a high level of artistic accomplishment that she shared with her colleagues in attendance. Rereading the program for the conference, I’ve chosen five women to highlight.

Self-published author Janet Goddard regaled us with the journey of writing her first book, Shake the Middle Tree. Today’s world of book publishing is complicated with books being downloaded on Nooks and Kindles. Sales of hard copy books are waning. Without a major publisher and agent, a first-time author must conjure up every ounce of their creativity to publish and market their own book. With the use of createspace.com, Janet began the task of publishing and distributing her book. Manufacturing, printing and shipping are done on demand. Writer and business person now has her book available on Amazon. I highly recommend you read Janet’s book!

Canisius College theory teacher Dr. Carole Harris lectured about the connection between American composer Louise Talma and French composer, conductor and teacher, Nadia Boulanger. This was an intriguing and detailed account of these two dynamic women’s relationship and music.

Women in the arts are not only creative, they are business people with skills in marketing, development and money management. Poet Jennifer Tappenden formed her own poetry publishing company, Architrave Press. Working with lawyers and accountants who understand the business side of creativity, Jennifer has built a Limited Liability Partnership that prints poems on individual pieces of paper. Readers visit her company’s website to order specific poems or a complete edition. You collect and put your chosen poem in a chapbook or journals. All this creates a poetic bridge for those of us non-poets. Creativity and business sense at its best! 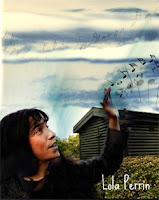 American born, London based composer and pianist, Lola Perrin performed her Piano Suite VI: Theory of K which was written for the Music, Science and the Brain symposium at the University of Plymouth. Building upon a steady rhythmic flow and subtle dynamic shadings, her composition and playing pulled the audience to her. Lola is not only a performer, she is a piano teacher in London and has self published 12 volumes of her own works. She has her own website and Lola Perrin Sheet Music.

Filming and producing her first documentary, Renee Thomas Woods presented portions of her film, “The Great Northwest: It’s Not About Us, It’s About Them.” This inspiring documentary is about students from the Northwest Academy of Law in St. Louis whose school was once a shining star and slowly slid into decay. With the foresight, guidance and leadership of a high energy principal, the students, teachers and staff cultivate an environment based on encouragement, love, family, academic achievement, support and individual success. This film from its creator gave great hope for the future of American education. Thank you Renee. 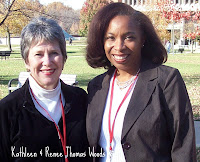 These five women were only highlights of nearly 40 presentations. We were motivated by each others’ creativity and bound together by Dr. Harbach’s enthusiasm and leadership of Women in the Arts!
Posted by Kathleen Shimeta at 12:08 PM 1 comment:

One thousand women raising their voices to American music…..1000 women!

Obviously, the answer to that last question is Gena Branscombe!

One of the centerpiece stories of my one-woman show is Gena Branscombe’s membership in the General Federation of Women’s Clubs. Her participation on the Executive Board for the Golden Jubilee Convention in 1941 that took place in Atlantic City, New Jersey, is told with excitement. There she was conducting a chorus of 1000 women singing her music. One can only imagine the thrill of hearing those women sing together.

This past November, Gena Branscombe’s grandson, Roger Phenix, said he had something he wished to give me. What family treasure could it be this time? Much to my surprise in that large box he handed me was the picture of the 1000 women chorus! From the original picture in his family’s archive, he had made me a copy. Surprised was I!

For over 20 years Miss Branscombe was an active member of the General Federation of Women’s Clubs. From 1930-1935 she was Chairman of American Music and Folksong Committee and a member of the Executive Board until 1945.

Women’s clubs were an important part of the fabric of women musicians in the early to mid 20th century. Where women composers could not find venues for their music in major concert halls, they found solace in women’s clubs that encouraged the performance of music at every meeting. Members performed for fellow members whether solo singing, playing the piano, chamber music or singing with the chapter’s chorus. In addition community, social activities and volunteer service were a part of the meetings. Club women were asked to promote the performance of American music by their local choruses, orchestras, opera companies and chamber music societies.

Through her membership, Gena was able to further the cause of American Music by asking the General Federation of Women’s Clubs’ members to declare 1934 “American Music Year.” She created seven music programs by American women composers and seven programs of “American classics” which appeared in the General Federation of Women’s Clubs’ 1930-32 brochure.

These programs included works for orchestra, piano, violin, solo voice, women’s voices and various ensembles all written by well known American women composers. Copies of the programs were circulated nationwide and encouraged the performance of music by our country’s own talent. Among the composers represented in these programs were her friends and colleagues Mrs. H. H. A. Beach, Mabel Daniels, Mary Howe, Kathleen Lockhart Manning, Mary Turner Salter and others.

Celebrating 50 years of service, the GFWC held their Golden Jubilee Convention in Atlantic City, NJ. Working one-year in advance, Gena created a program of music by Edgar Stillman Kelley, Haydn, Mozart, Mrs. Beach, Mabel Daniels and Harriet Ware. Music was sent out to the local GFWC choruses with instructions to their conductors as to preparation of the music for the concert. Gena also traveled throughout the country that year conducting some of the rehearsals.

With only one combined rehearsal in the Convention Hall Ball Room, the chorus of 1000 women, conductor Gena Branscombe, soloists John Gurney, Emily Roosevelt and Mary Frances Lehnerts performed a stirring and memorable concert. 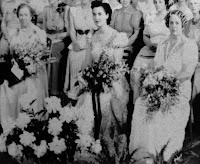 Gena Branscombe is a treasured, historic member of the General Federation of Women’s Clubs. Her leadership promoting American music is exemplary and she made a difference in the musical lives of women across our country. One does one wonder if in today’s world another chorus of 1000 women would be possible.

To this day, the General Federation of Women’s Clubs works to promote causes for the betterment of America. Their national office is in Washington, DC.