There have been surprises during the years I have spent working on my Gena Branscombe project. These are not weekly or even monthly happenings, yet have come at their own pace and always seem to catch me off-guard.

During late 2011 we were contacted by the producers of Thomas Hampson’s radio series, Song of America. They were interested in using the Branscombe song, “Serenade” from my CD on this season’s broadcasts. Also, how did I pronounce my last name? Honored was how I felt. 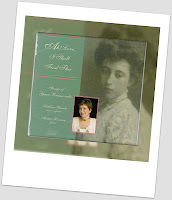 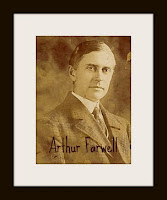 Sunday evening, February 26th, during the broadcast of his show, “Arthur Farwell, American Pioneer” my recording of “Serenade” was played as an example of a song published by Mr. Farwell through his famed company, Wa-Wan Press. 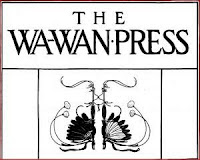 Having been sought out to be included in this radio program showcasing Mr. Farwell as a song composer and also a publisher of songs was a tribute to the importance of Miss Branscombe’s music and the relationship she developed with him.

I have written about Gena Branscombe’s publishers in my blog posting of January 17, 2011. Included in that posting was a description of Mr. Farwell who was a pioneer promoting American music.

Thank you to Thomas Hampson for advancing the cause of American art songs of the past 250 years and for playing my recording. Also, thank you to his producers for their research that ultimately found me.
Posted by Kathleen Shimeta at 3:13 PM No comments: