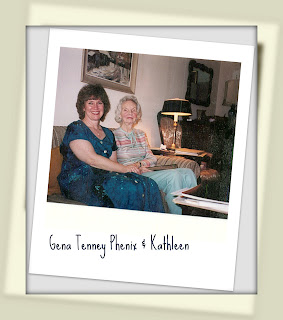 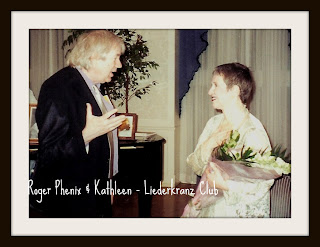 Each day that I add another posting to my blog I realize how fortunate I am to have created and developed a project about a woman composer. As I write my story I often wonder if my readers think my narrative sounds like a fairy tale filled with unbelievable happenings and magical coincidences. 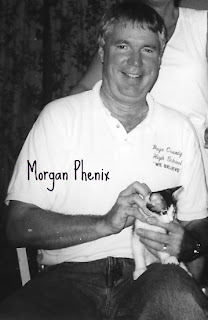 My mission was to put forth Gena Branscombe’s music through the recording of her songs and piano works, then tell her life’s story in a one-woman show. This undertaking took countless hours of research at the New York Public Library for the Performing Arts, innumerable hours learning, practicing and rehearsing songs for recording sessions. I could go on about the myriad of details that made this all happen, yet each second of it was and is a joy for me.

One of the greatest blessings of my Gena Branscombe Project was meeting Gena Branscombe’s eldest daughter, Gena Tenney Phenix, her husband, Philip, and their two sons Roger and Morgan Scott. From the first day Gena Phenix and I spoke by telephone in 2000, I have had the continued support of the family. Generous with sharing stories, pictures, letters, music and photos of their beloved family member, they continue to be open hearted and appreciative of my dedicated work.

For the opening night of “Life! Love! Song! A Visit with Gena Branscombe” it was my hope that Gena Phenix, Roger, Morgan Scott and their families would be able to attend. In her advanced years Gena Phenix had become frail and was unable to make the trip from her home in Virginia where she lived with Morgan and his family.


Roger Phenix and his lovely wife, Joanne, attended that first performance. What a thrill it was for me knowing they were in the audience watching as Roger’s grandmother came to life on the stage. At the curtain call and to the surprise of the audience I introduced Roger as Gena Branscombe’s grandson. The post performance reception found him surrounded by audience members peppering him with questions about his grandmother.


Pictures were taken of Roger, Laurine, Martin and me. Roger’s reaction to the overall performance was touching. First, the set reminded him of his grandmother’s living room. Was the tea set I used hers? Then, he told me there were times during the performance that I looked and sounded just like his grandmother. What better compliment could there have been?

In the ensuing years by telephone I spoke to Gena Tenney Phenix often asking additional questions about her mother, trying to dig deeper into what drove her mother’s life. On occasion Gena Phenix would call me to thank me for bringing her mother’s life and music into the 21st century. Roger and Morgan have offered their stories of their Grandmother. Roger, being the family historian, has shared items from the family archives. I will never forget Morgan’s call when his mother passed away three years ago. Roger and Morgan continue the example set by their grandmother and parents of being an open hearted family!


Roger and Joanne attended the weekend celebration of Gena Branscombe’s music at the 2009 Festival of Women Composers in Hartford, Connecticut. Following my performance there was a “talk back” where I was surprised Roger had a question. “How is it that you never met my Grandmother and yet, you portray her completely?” 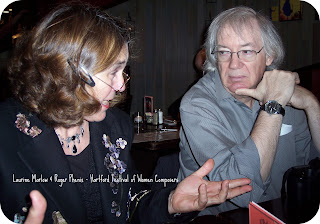 Thank you to the Phenix family for opening your hearts to me.

Posted by Kathleen Shimeta at 10:51 AM