At age 92 Gena Branscombe received what would be her final commission.  Frederick Swann, organist of the Riverside Church in New York City, requested she compose an “Introit” and “Prayer Response” for a morning church service to be held on Mother’s Day in May 1973. 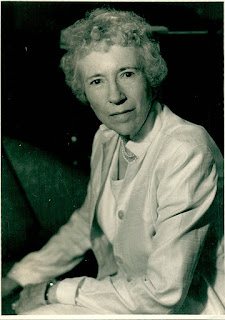 Not to be deterred by her failing eyesight, Gena began writing her own poems then set them to music she quietly held within herself.  Daughter Gena Phenix provided the staff paper and pencils as well as offering to help, but, Gena’s intention was these final pieces would be entirely her own.

By the end of March 1973, the “Introit” was complete followed in April by the “Prayer Response.”  She added a concluding “Amen” to finalize the Mother’s Day Service.

On Sunday, May 13, 1973 accompanied to Riverside Church by daughter Gena and her husband Philip, Gena Branscombe listened to the choir sing her “Introit,” ”Prayer Response” and the closing “Amen.”  Her final compositions were sung in the church where four years later her funeral would be held. 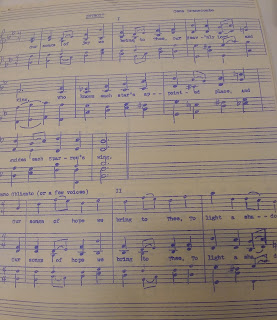 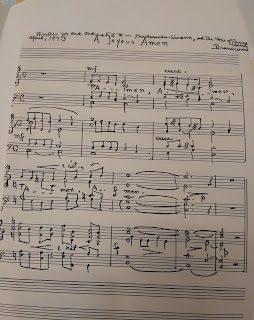 Gena and Philip Phenix were active members of Riverside Church.  During their years of worshipping at the church they began the food pantry which is in existence to this day.  Gena Phenix was a community organizer through the church.  Ten buses filled with community members traveled to Washington, DC for Dr. Martin Luther King Jr.’s “I Have a Dream” speech because of her work.

Recently, Frederick Swann died at age 91.  He was a master of the organ serving as Music Director at Riverside Church, the Crystal Cathedral and First Congregational Church of Los Angeles.  He was a renowned recitalist playing organs around the world.  He thrilled his audiences with his deep understanding of music and he played his programs from memory! 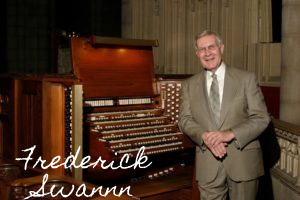 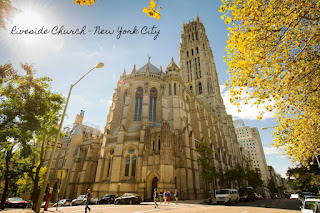 Four years ago I contacted Mr. Swann through e-mail as I was curious about his working relationship with Gena Branscombe.  After exchanging several e-mails, we spoke by phone.  I explained my Gena Branscombe Project and why I wanted to speak with him. He apologized for not remembering her, the music he commissioned or playing her music at her funeral.  He proceeded to say that his career had spanned decades, many churches, playing countless organs and directing many choirs.  He could not rely on his memory.  This is understandable.

We chatted for a few more minutes, then, as we were about to say good bye, he thanked me for working to promote a woman composer, for bringing her music back to the mainstream and then encouraged me to continue my work.  RIP, Mr. Frederick Swann.  You touched the world with your music making.  Thank you!

Posted by Kathleen Shimeta at 1:42 PM