Where would we be without librarians?  In this day of researching on the internet it may seem as though a librarian’s job is something of the past, soon to be expendable.  Au contraire – think again.  A librarian’s job is ever evolving in our world of technological advances.  Their creative drive helps guide new avenues of dynamic research.  Keeping track of online creativity that must be held for future generations is their ever expanding role.  And, there are precious historic items not yet digitized and available online that only they have access to.   Most of all, a real, live librarian, through their experience and knowledge, will act as your guide and mentor opening new pathways of research you have yet to discover. 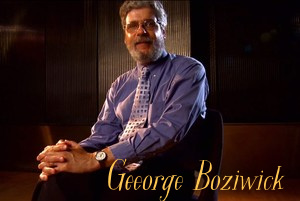 So it was when I was introduced to George Boziwick nearly 22 years ago.   At the time George was Curator of American Music at the New York Public Library for the Performing Arts.  At our first meeting, I was new to my Gena project with dreams, thoughts of where I wanted to go, recording a CD, but most of all; I had much work to be done in the library.  George sat quietly listening, offered advice, research tools and encouragement for which I am thankful to this day. 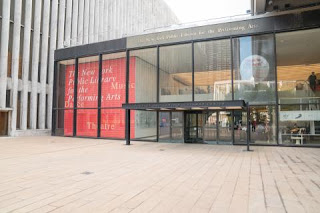 Over the years, I would see George during my many research visits to the library.  He always offered support as I continued my work on The Gena Branscombe Project.  We were honored when he and his wife attended the performance of Pilgrims of Destiny at Clark University in April 2019.  When he retired five years ago he was Chief of the Music Division.

Not only was George a great librarian, he is a man of many talents and interests.  He is a former oboist and is a blues harmonica player.  He is a composer whose works have been performed and recorded.  His Magnificat was published by C.F. Peters.  His numerous articles have been published in scholarly journals.  George’s article Take Me Out to the Ball Game’ The Story of Katie Casey and Our National Pastime was published online and in Base Ball: A Journal of the Early Game. He curated an exhibition at the Performing Arts Library entitled Take Me Out to the Ball Game which featured 100 Years of Music, Musicians and the National Pastime materials.

As an Emily Dickinson scholar his blog and articles have been published as well.  He has set Dickinson’s poetry for solo voice, instruments and voices and for organ and choir.

His most recent accomplishment is his book, Emily Dickinson’s Music Book and the Musical Life of an American Poet which was published by the University of Massachusetts Press on June 24th and is now for sale!  Congratulations, George. 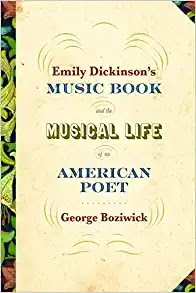 With many thanks and much appreciation to George for his guidance and mentoring.  May you continue to enjoy a retirement filled with composing music and being an inspiring author.

Posted by Kathleen Shimeta at 8:10 AM